“as they should be”

Providing the comprehensive newborn & neonatal services, Dr Sara Watkin, Neonatologist is our Practice Lead for Neonatal Care. She is supported by Dr Jasmina Marinova and Dr Sarah Newton, collectively representing the only paediatric team in the Cayman Islands with this depth and breadth of experience in newborn care, whilst offering unparalleled team cover.

One in ten babies will need resuscitation or help with breathing at birth, and this can be much higher in certain types of delivery. In Cayman there are no Paediatricians in either hospital 24 hours of the day so it is important that if you are having a private OBGYN that you have chosen a private Paediatrician in advance to attend your delivery. All three of our paediatricians, myself Dr Sara watkin, Dr Jasmina Marinova & Dr Sarah Newton attend deliveries and each aims to make your birth experience (whether vaginal or C-section) as wonderful and magical as possible.  That includes supporting immediate skin to skin and early breast feeding. However, when things do not go according to plan you can be confident you are in safe hands. All three of our Paediatricans can deliver advanced resuscitation where needed, keep up-to-date in their life support skills, have full admitting rights to the Neonatal Unit and work as a team (when needed) to ensure the best care and outcomes for your baby.

It is very important that all newborn babies have a detailed newborn baby check (wide info from Tommy’s Charity) between 6 and 24 hours of age. All 3 of our paediatricians perform this as one of our standard newborn & neonatal services as your paediatrician. Although your baby will be examined at birth this early check can miss things such as a heart problem, which we then monitor for as part of our early days checks.

The baby check should be undertaken by a Children’s Doctor (Paediatrician). The check involves taking a history of the mother’s medical health, a family history and a pregnancy history. The doctor will want to know if your baby has passed urine & stool, is feeding well & if you have any concerns.

The check involves checking your newborn baby does not have an underlying syndrome, that light can get to the back of their eye, that there isn’t a heart or hip or genital problem. Further information on the newborn baby check we do here in the Cayman Islands can be found at https://babydoctor.ky/clinical-services/baby-checks/

In Cayman, many new mothers hope to breast feed. Our team will be delighted to support you with this whilst also recognising that for some new mothers establishment of breast feeding is not always easy, may not be possible or not desirable.

Many first mothers assume breast feeding will come completely naturally but is not always the case. Attending a newborn baby class before birth such as that run at IntegralHealthcare can be extremely helpful and our paediatric nursing and midwifery team will support you all the way.

Establishment of feeding starts in hospital.  Both of the maternity wards in Cayman have excellent midwives who will support you with this.

Once home parents and babies who are breast feeding can access additional  support through the Cayman Islands Breast Feeding Support Group or from a private lactation consultant. We are truly privileged to have Allie Campbell, a trained midwife with a special interest in postanatal support, who can offer feeding support to new parents.

Your Children’s Doctor will work with you to ensure your baby is taking sufficient feed. Some babies will struggle to establish feeding for example because of a tongue tie. Your Children’s doctor will be able to diagnose this and if necessary refer your baby for treatment.

Further information can be found at this CDC website.

The basic immunization schedules across the world are essentially the same when it comes to the diseases covered, although the timing of vaccines varies.

The Cayman Island Immunization Schedule (opens the flyer in a new window) is the USA schedule with the addition of the BCG vaccine for Tuberculosis.

All vaccines on the Cayman schedule are free of charge if you attend Public Health. If you receive them in a private doctor’s office, you will pay for them. How much you will pay will depend on your insurance policy and the practice charging structure. We will always be very clear about charging and we are always happy to discuss individual vaccines.

Your private Paediatrician in Cayman will be able to offer children additional vaccines given in other countries of the world e.g. United Kingdom or Canada

The basic immunization schedules across the world are essentially the same when it comes to the diseases covered, although the timing of vaccines varies.

A private Children’s Doctor in Cayman will be able to follow closely any vaccination schedule a parent desires. The Cayman Island Immunization Schedule is the USA schedule with the addition of the BCG vaccine for Tuberculosis. In the UK, children are immunized against both Meningitis B and Meningitis C. In Canada, children are immunized against Meningitis C and in some provinces Hepatitis A. Your child can receive these immunizations at a Private Children’s Doctor in Cayman but they may not be covered by insurance.

You will find all of our paediatricians are more than happy to talk through the merits or otherwise of various additional vaccines.

Jaundice (yellowing of the skin and whites of the eyes) is very common in the Newborn. Jaundice is usually harmless when addressed early but high levels of jaundice can be dangerous in the newborn. Any newborn who looks yellow must have a test (transcutaneous or blood) of their jaundice level as soon as it is noticed. If the jaundice level is high your baby will need treatment with blue light known as phototherapy. In Cayman, as in most countries, phototherapy requires admission to hospital to the Children’s ward. Very occasionally the jaundice level is very high requiring advance treatments (immunoglobulin therapy or a special type of blood transfusion) on a neonatal or high dependency paediatric unit.

All of our paediatricians are experienced at spotting & treating jaundice early, and Dr Sara Watkin is experienced in even the most advanced treatments.

In the Cayman Islands, many choose to have a private paediatrician attend your delivery to provide this immediate care to your baby, just in case. Some mums will have come from countries where a neonatologist is called urgently if required but in Cayman, that person may not be in the hospital, unlike UK, USA etc, and hence the tendency to err on the safe side. It is obviously important when choosing a paediatrician to ensure they are confident at newborn resuscitation and up-to-date in newborn life support skills (and use these skills to stay in practise). All of our paediatricians are experienced in this regard.

Around one in ten newborn babies will also require admission to a neonatal unit, and some of them will need full neonatal intensive care including breathing and heart support. This can be because of  prematurity, congenital abnormality or problems around the time of birth.

Dr Marinova was head of the neonatal service in a level 2 hospital and Dr Newton has trained to consultant level in neonatal intensive care in tertiary units in Australasia & Singapore.

In Cayman, babies below 27 weeks will generally be transferred overseas, if insurance will allow, for tertiary neonatal intensive care, primarily because of the 24/7 nature of care. However, even when this is happening, it can take several days to organise. In the meantime all care can be provided on the neonatal unit at George Town Hospital, with the support of our team.

Some newborn babies will need breathing support after birth. This can include giving a medication called surfactant into the lungs to help stabilise the work of breathing, followed by treatment known as High flow oxygen or CPAP, both of which make it easier to breath or even full respiratory support and ventilation where a baby is placed on a breathing machine. All of these treatments can be provided in Cayman but they do need to be provided by Children’s doctors with advanced training in neonatal Intensive care such as ours.

Infections in the newborn are not uncommon and can be life threatening. They occur because newborns have immature immune systems. To reduce the risk in Cayman, pregnant women have a test for group B streptococcus in late pregnancy and are treated if it is found. The following are signs that suggest infection and an urgent review by your children’s doctor or ER doctor: poor feeding, breathing difficulty, decreased or elevated temperature, quieter that normal, unusual skin rash or colour, persistent crying or irritability. Your parents gut feeling that something is not right – is usually correct.

Infections in the newborn almost always need admission to hospital for investigation and intravenous antibiotics. Admission for these problems is one of the more  common newborn & neonatal services we provide as a team. In Cayman, this would be at George Town Hospital. Most children with a newborn infection will not have an underlying long term immunological problem, as these are extremely rare.

Some newborn babies are at risk of brain injury or abnormality. Brain injury is more common in preterm babies or babies who have a condition called HIE which may occur if your baby is severely distressed around the time of birth and needing neonatal intensive care. Brain abnormalities occur in children with syndromes. Almost all of these children will have other signs or symptoms at birth. Cranial ultrasound is very important in assessing the newborn brain. The brain can be scanned (just like your scans in pregnancy) but this time by placing the ultrasound probe over the soft spot on the baby’s head. In Cayman, myself, Dr Sara Watkin can perform these scans, which I do for both private patients and when assisting my HSA colleagues. In Cayman we will start the journey of complex diagnostics for your newborn baby so that onward referral to the appropriate specialist can be made.

Babies with Congenital or Genetic Conditions

Some Cayman, hopefully most parents will be aware before their baby is born that they may have a congenital or genetic condition. Our own OBGYNs, Dr Lisa Joels and Dr Madhavi Manoharan work closely with our neonatal team to ensure everybody is aware and prepared. We are also fortunate that Dr Madhavi Manoharan is an specialist in fetal-maternal medicine, meaning she can assess any direct concerns with the baby.

Depending on what has been found on antenatal scan a decision may be made to deliver baby in a tertiary centre overseas. Despite advances in antenatal scanning some babies are born in Cayman with an unexpected congenital or genetic problem. Our 3 paediatricians all have significant expertise in this area but by working together as a team can help with making the correct diagnosis, ensure the input of the correct specialists and provide on going support for you child.

« Back to Paediatric Services 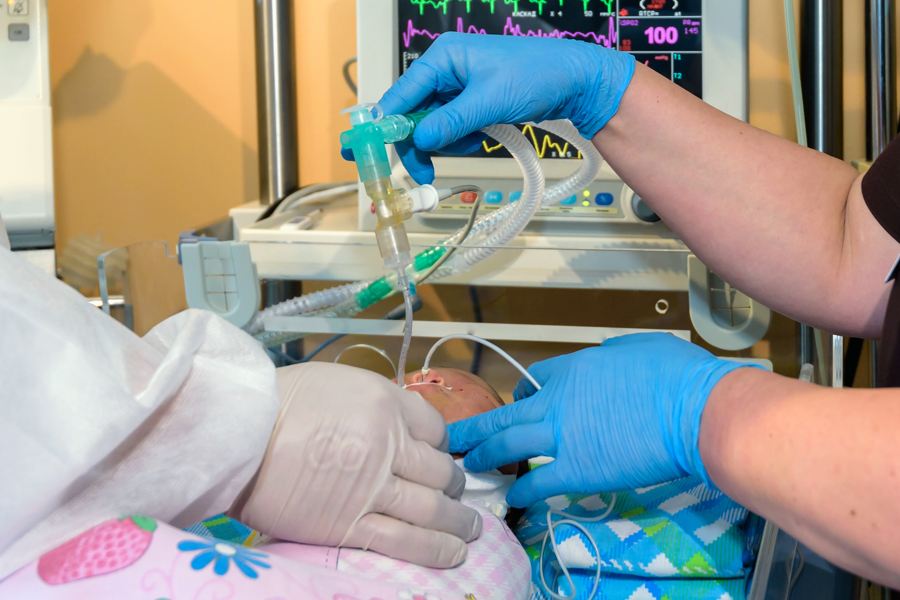 What is a Neonatologist?

Dr Sara Watkin is a Neonatologist here in the Cayman Islands. In the UK, she was Consultant Neonatologist and Chief of Service for one of the UK’s most important NICUs, caring for babies at the highest possible level.

Experience counts, allowing problems to be swiftly addressed and time really matters to a good outcome, for problems that can rapidly and unexpectedly emerge. That initial time is often called the Golden Hour and it matters.

We are passionate about improving the quality of care available to those residing in Grand Cayman and that extends to an unwavering commitment to employ individuals with true expertise and a variety of unique special interests. 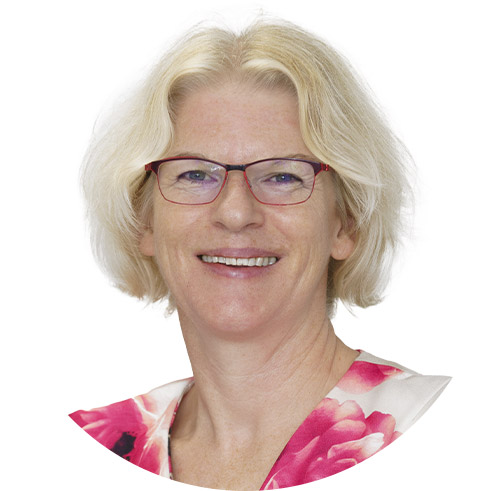 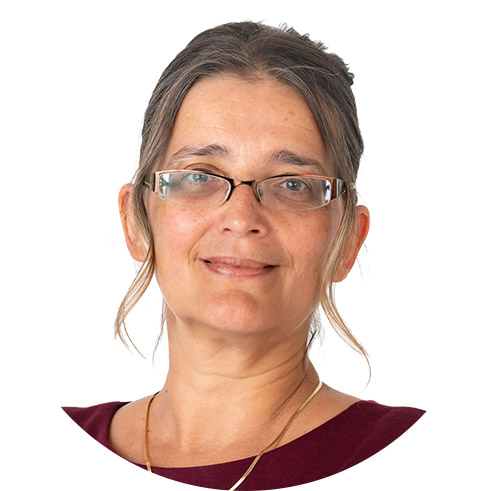 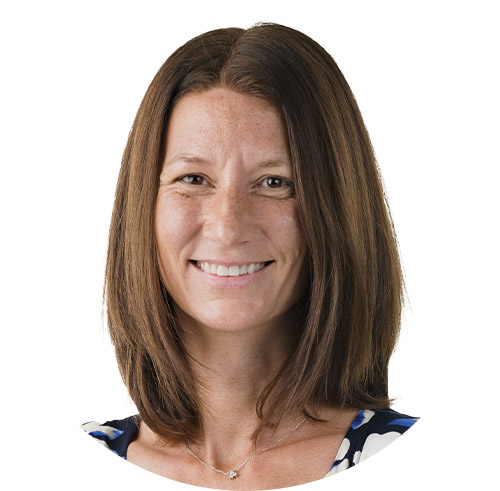 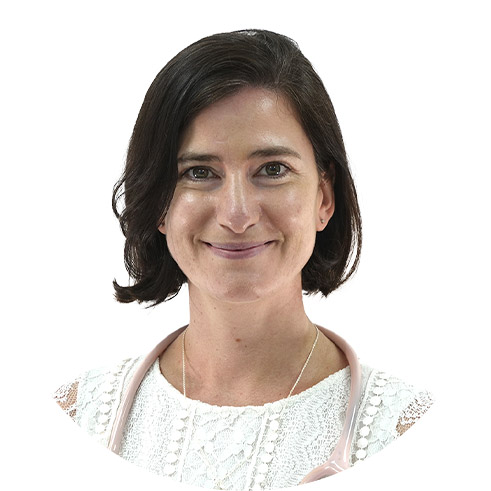 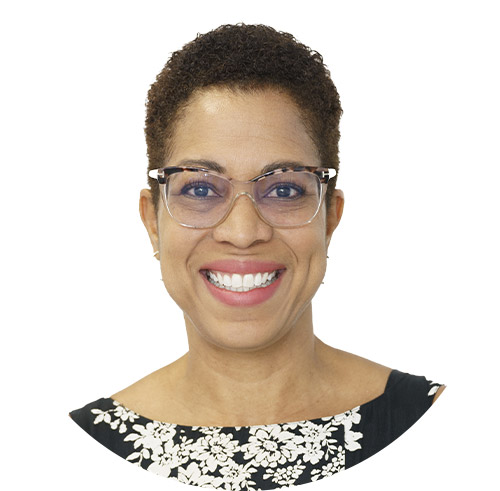 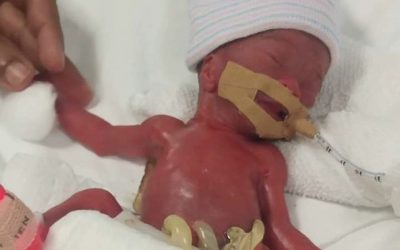 As a neonatologist, I can say that it is wonderful to see the news that the smallest baby at birth is finally going home after 13 months of neonatal intensive care in...